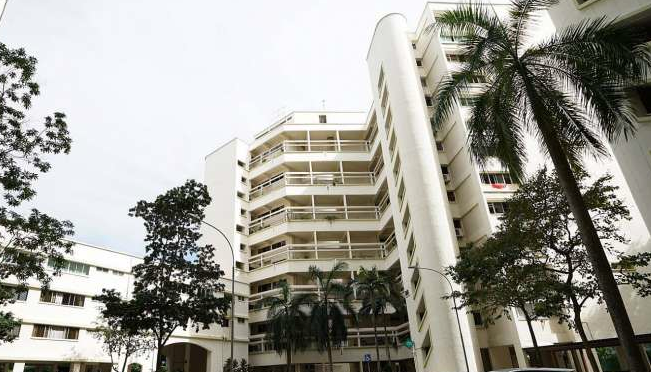 A joint venture between UOL Group and United Industrial Corporation (UIC) has bought a  privatised former HUDC estate in Potong Pasir Avenue 1 for S$334.2 million. The 175-unit estate, known as Raintree Gardens, was launched for collective sale in September. The purchase price roughly works out to about S$1.89 million per unit.

Property experts had said the owners could get over S$315 million, or about $1.8 million per unit. UOL said the purchase by UVD (Projects) will be funded by bank borrowings and internal resources. UVD (Projects) is the joint venture between UOL unit, UOL Venture Investments, and Singland Homes, a subsidiary of developer UIC.

The 201,405 sq ft plot, next to Kallang River and near Potong Pasir MRT station, has just over 70 years of lease left. It is zoned for residential use with a 2.8 plot ratio.  The collective sale attempt is a first for the estate, which was privatised in July 2014.

UOL Group, which is officially opening its newest mall OneKM this Sunday, said it has garnered close to 93 per cent of pre-commitment lease for the mall at a time when retailers and restaurateurs are facing a challenging time given a manpower crunch and rising cost pressures.

More than 70 per cent of shops are open now. The mall is expected to be fully operating next month. According to UOL, this is the largest shopping mall in the up-and-coming decentralised commercial hub in Paya Lebar.

The addition of the mall to the group’s portfolio provides another avenue of recurring income and will raise its retail portfolio by 50 per cent in terms of net lettable area.

UOL Group president (property) Liam Wee Sin said he sees the mall as a “catalyst” in Paya Lebar Central amid the lack of new retail supply in the east and expects it “to replicate the success” of the group’s niche shopping malls in Novena, namely United Square and Velocity@Novena Square.

OneKM is also expected to enjoy strong catchment of residents in the 244-unit Katong Regency, the sold-out condo project on top of the mall, when the condo is completed.

Sitting on a freehold site that previously housed the Lion City Hotel and the adjoining Hollywood Theatre, OneKM – located just one kilometre away from the Paya Lebar MRT station – has a net lettable area of more than 200,000 sq ft and more than 150 shops.

“We worked closely with our tenants to see how we can improve productivity to overcome the manpower issue facing local retailers and restaurateurs,” Mr Liam said. This has led to the introduction of new concepts that are less labour intensive, particularly the first centralised kitchen for three restaurants within a shopping mall.

Paradise Group CEO Eldwin Chua told reporters that having a centralised kitchen helped reduce its manpower needs for the three restaurants from 45 to 28 staff.

Mr Liam pointed out that some 30 per cent of the shop space in OneKM is occupied by F&B outlets, 60 per cent by specialty retail and 10 per cent by enrichment schools.

The mall counts Cold Storage and Food Junction as its anchor tenants, which took up 15 per cent of its space. There is also a mix of international brands like Uniqlo, Esprit and Adidas as well as niche local brands. More than half the tenants at OneKM are existing tenants of UOL’s malls.

Meanwhile, the group is set to launch a nearly 800-unit condo project at Upper Paya Lebar in the first quarter of next year, followed by another condo project launch on the site along Prince Charles Crescent in the second half of next year.

Mr Liam said the group is under no pressure to cut prices at Riverbank@Fernvale in Sengkang to move sales ahead of the two upcoming launches next year.

Seventy Saint Patrick and Riverbank@Fernvale, its two condo projects launched this year, are 72 per cent and 50 per cent sold respectively, while Thomson Three that was launched in September last year is 96 per cent sold.

A number of property outfits owning sites along the future Thomson-East Coast Line have been touted as likely beneficiaries of the 13km, nine-station MRT line skirting the east shoreline.

They include real estate investment trusts (Reits) and mainboard-listed developers.

“Residential developments in the vicinity will likely see 5 per cent to 10 per cent capital gains, retail malls will benefit from growth in shopper traffic, while office and industrial properties will benefit from improved tenant demand,” UOB KayHian analyst Vikrant Pandey said in a research report this week.

Maintaining an “overweight” call on the property sector, Mr Pandey saw the new line as a long-term catalyst.

“We like deep-value and diversified property stocks, preferably those with exposure to the commercial and hotel segments.”

DBS Group Research, in a report this week on the construction sector, said further rail developments in the Thomson-East Coast Line will add $24 billion worth of construction activity for the period until 2024.

Scheduled to be completed in two phases, the $6.8 billion line will run almost parallel to the East-West Line and the future Downtown Line 3, significantly cutting travel time from the East Coast to the Central Business District, Orchard Road and the northern part of Singapore.

It is also expected to bring the MRT to within walking distance of an estimated 160,000 households there.

Meanwhile, developers with existing investments in the area could realise significant redevelopment potential in the medium to long term, Mr Pandey said.

However, the ongoing property cooling measures may dampen price appreciation in the near term, he added.

Improving connectivity to Changi Business Park and housing estates such as Tampines, the Downtown Line will be extended with a new station, Xilin, linking Sungei Bedok along the Thomson-East Coast Line with the Expo station on the Downtown Line, Mr Pandey said.

Office developments along the new line, including Marina Bay Financial Centre and OUE Downtown in Shenton Way, may see improved demand, he said.