This street is near Dakota MRT Station and is close to good schools and eateries in Katong Area. Minutes to Tanjong Katong Road, Old Airport Amenities and next to Geylang River, this street consists of semi-detached houses and bungalows and is a serene neighbourhood. Accessibility via public transport includes MRT and buses. 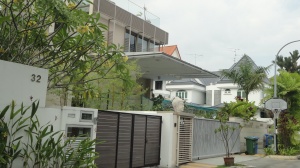 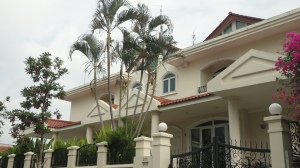 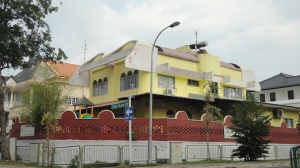 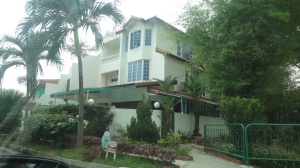 A curious bright spot has emerged among the dying embers of the once red-hot private home market – landed property.

Prices of semi-detached homes hit an all-time high in the second quarter this year, according to official data yesterday, although consultants say it is too early to tell whether the uptick was a blip or a sign of a longer-term rise.

Semi-detached home prices jumped 4.2 per cent from the previous three months, in stark contrast to every other segment of the private residential market, all of which posted either stagnant prices or declines.

This increase has brought the semi-detached price index almost on par with that of bungalows in the quarter – the first time that has happened since the depths of the financial crisis in 2009.

The index, computed by the Urban Redevelopment Authority, is based on prices per sq ft (psf) for transactions posted in the quarter, but it does not indicate actual psf prices.

The median price of a semi-detached was $853 psf in the three months to June 30, higher than the $784 psf for a bungalow, according to URA figures.

Overall, landed home prices fell 1.7 per cent in the second quarter from the previous three months, significantly sharper than the 0.7 per cent slide in the preceding quarter. Bungalow prices fell 3.1 per cent and terrace house prices dropped 4 per cent.

Consultants said yesterday that semi-detached prices may have moved up in the second quarter as people change their buying targets.

More people who may have wanted to buy bungalows still find these too expensive and go for semi-detached homes instead, they said.

“Those people looking to sell bigger houses such as bungalows are still holding their prices, since they have higher holding power,” said market expert.

It is noted that even if the average psf prices of semi-detached homes approach those of bungalows, the total price of a bungalow would still be a lot higher due to its larger size.

“We haven’t seen firesales in bigger units so far. For those with the capacity to upgrade to landed, the next best would be semi-Ds.”

There was a limited supply of semi-detached homes due to a dearth of new landed homes being built, which could have contributed to the segment’s price rise. However, he said it still remains to be seen whether the price rise was a one-off.

One market analyst agreed, noting that the semi-detached price index has been quite volatile over the past few years. The small number of transactions could skew price statistics.

There were only five semi-detached homes sold in the second quarter, and only one bungalow, according to URA data.

Given that, the price increase was more likely to be a blip than a sign people are “abandoning other landed housing types and rushing to buy semi-Ds… I won’t be surprised if it drops next quarter”.

Are you looking at opportunities for Japan Real Estate? Come to our Property Gallery which will be held on 17/18 March 2018, at Hyatt Hotel Singapore, from 1 to 5 pm. Call David King @ 94772121 for more details.