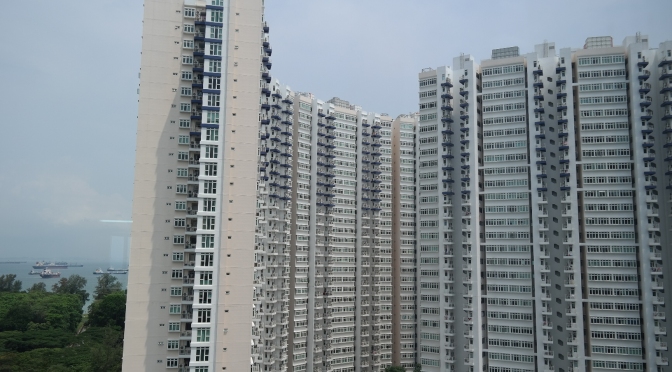 In today’s Business Times (10 June), the headline news is about the current property market in Singapore. Titled ” Dark Condos shine light on rising vacancy”, the article depicts the excess capacity building up in the private housing market, evident with some condominium developments completed six to 12 months ago, or even longer, point to significant vacancy.

A host of factors were cited, such as

1)    strong investment demand for real estate after the global crisis,

2)    escalation in private home completions of late, and

Vacancies are set to climb and rents fall in general. Suburban locations, where most of the supply is, will be the worst hit.

After the global crisis, investors sought refuge in trusty assets such as real estate. Fuelled by the low interest rate environment, some took to hoarding property at new launches and are hence not bothered whether they can find a tenant after taking possession of their units, say observers. Some high net worth foreign buyers treat their Singapore property as a holiday home and leave it unoccupied most of the time.

But there are others who leave units vacant because they are not able to find tenants. Competition for tenants is increasingly intense, with both demand and supply factors at work. On the demand side, changes in labour policies have slowed down the flow of foreign professionals into Singapore while on the supply side, there is a higher-than-average number of private home completions.

Tthose who bought for rental returns would find themselves in a more competitive leasing market today, where units in mediocre locations would be more difficult to lease and therefore remain vacant for a longer duration, especially during this period of strong supply.

Due to low rents, some owners have left their units empty, especially the cash-rich set who did not take any housing loan for their purchase. A vacant unit may deteriorate faster but leasing it out at a low rent may not be feasible since it will incur high maintenance costs. High-end properties have the finest finishes, so maintenance and repair costs may be hefty. Selected fit-outs and finishings such as tiles may be of limited collection and difficult to replace if it is damaged by the tenant.

Developers left with unsold units, especially in the slow high-end segment, also contribute to vacancies as these projects are completed. Other factors may also be at play in specific projects. But the overall trend of rising vacancies and softening rents is clear amid climbing private home completions since last year.

The latest quarter’s increase could be due partly to families that had yet to move to the new homes that were completed in Q1.

Rising vacancies have been accompanied by softening rentals. For the first time since Q3 2009, URA’s private home rental index contracted in Q4 last year. The index dipped 0.5 per cent quarter-on-quarter, followed by a further 0.7 per cent drop in Q1.

Prediction of drop in the rent ranges from 4-10 per cent. Against the backdrop of the large supply, some landlords could become more flexible on their rents, particularly after the removal of the vacancy tax refund with effect from Jan 1, 2014. Landlords now have to pay property tax on their vacant units and some may accept a lower rent and have the unit rented out instead of leaving it empty.

Competition for tenants is likely to be more intense in suburban projects, as the bulk of completions last year as well as the potential supply pipeline are in Outside Central Region (OCR). URA’s Q1 rental index for non-landed private homes in OCR was down 2.3 per cent from a year ago. This compares with a decline of 0.3 per cent for Core Central Region (CCR) and a rise of one per cent in Rest of Central Region (RCR).

For the rest of the article you can refer to: