Under the 2014 Master Plan, the sites are zoned “residential” and have a gross plot ratio of 2.8. Gullemard Road plies between the Sports Hub and the Paya Lebar MRT station, and has since seen many indie pubs, cafes and restaurants popping up in the area. It is becoming a hip place for nearby local residents. These residents previously may find hard to locate a nice ambience for dining, among the nearby eateries in Geylang area which are either too crowded or some among less desired neighbourhoods.

Guillemard Lane is located in the middle of Guillemard Road, which is near to the popular Old Airport Hawker Centre and is poised to see greater redevelopment spilled over from the Paya Lebar area as well as the Old Airport/Kallang region.

On local press recently, there is a group of architects, led by Mr Jonathan Poh, seeking to save parts of Dakota Crescent. Dakota Crescent is one of the oldest public housing estate in the island. The group is submitting a paper to MND to provide various options to save the entire area, as well as conserving parts of the iconic structures in the estate.

Based on the government’s rejuvenation plans for old housing estates, the 17 rental blocks in Dakota Crescent is primed for demolition. The residents have to vacate the area by end of 2016, to either nearby Cassia Crescent or elsewhere if they decide to buy a new flat. The site is reserved for future residential development.

The conservation plan include 8 “butterfly blocks” — curved buildings with 2 perpendicular wings at the back; blocks 10 and 20, which are similar to the already demolished blocks in St Michael’s estate in Whampoa and the Princess and Duchess estates in Queenstown. The flats were built SIT in 1958. 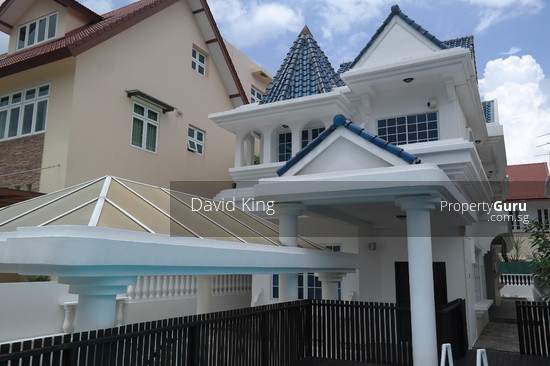 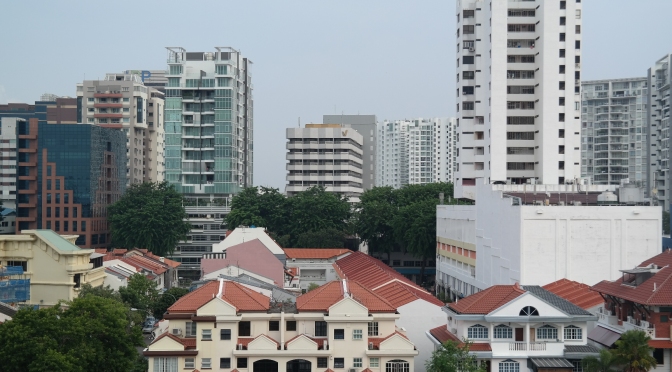 Here are some of the properties in Katong (and neighbourhood ) for sale/rent in a map. Call 94772121 for more details

Located in Katong-Joo Chiat area, it has the most famous landmark in Joo Chiat: Fei-Fei Wanton Mee at the junction of Everitt Road and Joo Chiat Place. The long stretch of road extending from Duku Road in the south to Joo Chiat Terrace in the north, consists mainly of landed properties and boutique condos/apartments. Also along the street is the venerable Haig Girl’s school. The residences here are mainly landed terraces (including some nice conservation shophouses), low-rise condos and apartments. 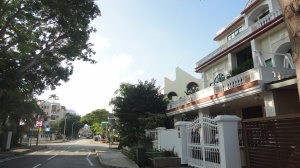 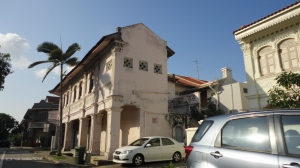 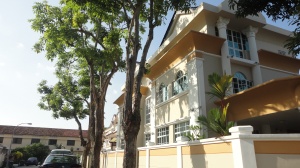 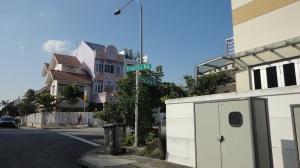 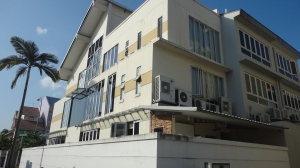 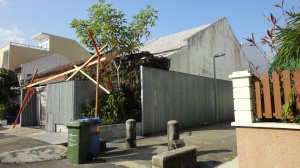 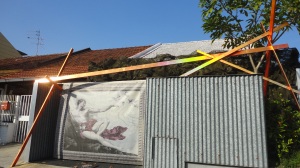 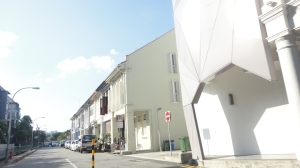 Katong is the evergreen residential estate in Singapore. Mountbatten Suites is a low-rise development near the eateries of Katong. Minutes drive to CBD, Orchard Road and Airport, 441 sqft. Vacant now. Great investment choice in D15. Asking only $720K. Now with the announcement of the TEL line, the potential in the area is tremendous. The nearest station is at nearby Amber Road. Also for rent at $2.9K 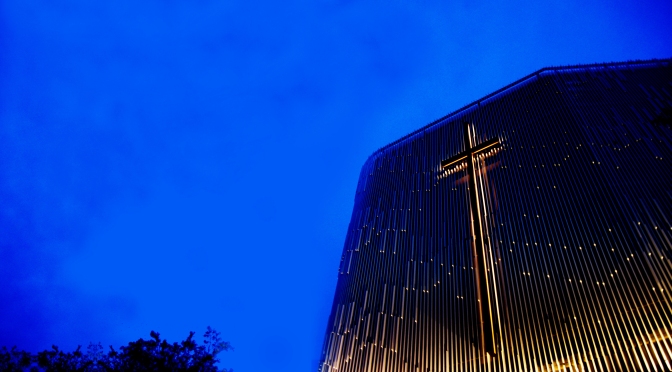 Christ Methodist Church won the Design Award in the institutional projects category at the Singapore Institute of Architects Awards. It was also shortlisted as one of five projects in the religion category at the World Architecture Festival.

When architect Ko Shiou Hee presented his design proposal for a new building to members of the Christ Methodist Church, he received a standing ovation from the 20-strong crowd.

The director at K2LD Architects was shocked. “That has never happened to me before and the church members told me that their pastor usually does not react to any situation,” says the 50-year-old, who was designing a church for the first time.

Needless to say, his firm got the project.

The focus of his design was to change the way members, and even passers-by, saw the 84-year-old church.

The former building was a single- storey space fronted by a carpark. A kindergarten was also crammed at the back, where a three-storey extension stood.

Even Mr Ko, who used to live for more than a decade at St Patrick’s Garden, a condominium across the street, never noticed there was a church along East Coast Road. “The church needed a new presence, for more people to notice that it was there.”

The traditional sanctuary was transformed into a theatre-like space that can hold 1,000 people. The other floors house a multi-purpose hall, baptism pool, band practice room, dance studio and classrooms.

There is also a basement carpark and greenery on both sides of the church, which many of the fellowship rooms face.

The highlight feature is the wave-like facade. Mr Ko says he was influenced by the church’s proximity to the sea. Clad in aluminium strips, little crosses are cut into the facade and they light up and glow against a muted backdrop in the night.

And to pay homage to the church’s heritage, Peranakan tiles decorate parts of the floor in the building.

The $20-million project took almost four years to complete. The church wanted a larger building, but was initially restricted by government regulations due to plot ratio control. This regulation was changed midway through construction and the building was completed with four storeys and an attic.

The new building is a stark contrast to old, traditional churches, something Mr Ko was conscious of when he came up with the design.

“I think of those historic churches in Europe. They are pretty, but no one is inside worshipping,” he says.

“That’s not what a church is meant to be. People should want to use it.”

The concept of this project was not thought of simply for its form and function, but the hope and connectivity it will bring to the people of this church.

During the day, the church rests in the backdrop of the magnolia white sky, a building designed to be welcoming and at one with its surroundings, offering visitors asylum and peace.

As the sun retreats and darkness creeps, the church transforms into illumination. The front, reminiscent of little crosses dancing across the meniscus facade of the church,while the back, a contrast of dynamic light and linear installations, display a spectacular effect, a giant cross bathed in falling stars. A reminder of the primordial beauty and power of God, but most importantly, that he will guide you especially in the darkest of times.

The Makena is a freehold development located at Meyer Road, minutes ride to the upcoming Dakota MRT Station. Completed in 1998, it comprises 504 units. The Makena is close to Parkland Golf Driving Range and the East Coast Park. It is also minutes to Stadium MRT and the upcoming TEL line. 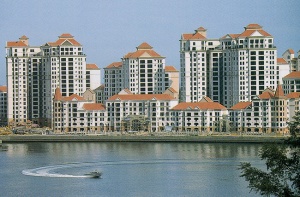 For vehicle owners, it takes 15-20 minutes to drive to the business hub and the Orchard Road shopping belt, via East Coast Parkway. 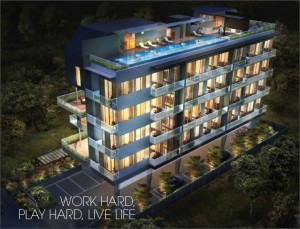 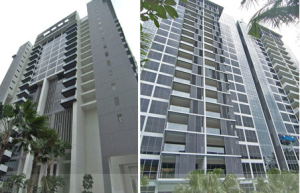 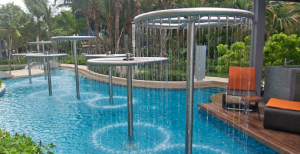 Villa Marina is a 99-years leasehold development located at Jalan Sempadan in District 15, minutes away from Bedok MRT Station. Completed in 1999, it has 5 storeys and comprises of 432 units. Villa Marina is close to the East Coast Park and Saint Andrew’s Community Hospital. 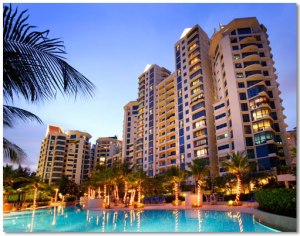 Costa Rhu is a 99-years leasehold development located at 1 Rhu Cross In District 15. Completed in 1998, it comprises 737 units. Situated just in front of the Kallang Basin, it sports sensual waterfront living and spectacular views of the city skyline and river. The Singapore Indoor Stadium and Kallang Leisure Park shopping mall are both located nearby.