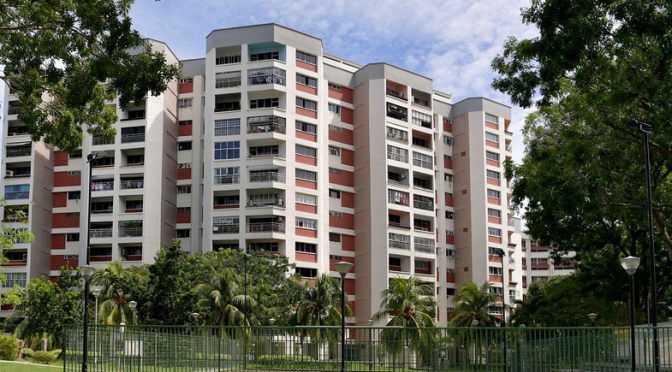 After the 2 recent enbloc deals involving HUDB estates being successfully sealed, namely Rio Casa and Eunosville, two more privatised HUDC estates are in the midst of launching tenders for collective sales process. Rio Casa in Hougang sold last month for $575 million and Eunosville in Sims Avenue sold for $765 million in a deal finalised this week.

The 560-unit Tampines Court may launch its tender in July, while 336-unit Florence Regency in Hougang is in the early stages. Tampines Court owners are seeking at least $960 million for the large Tampines Street 11 site, spanning over 702,000 sq ft.

Built in the 1980s and privatised in 2002, Tampines Court has 14 blocks, with 432 maisonettes and 128 apartments. Its first try of $405 million was dismissed by the Strata Titles Board in 2008. In 2011, it failed to obtain the required level of approval from residents. This is its third bid for a collective sale.

Another privatised HUDC project, Florence Regency in Hougang Avenue 2, will also start its collective sale process soon. It is the first attempt for the development, with about 71 years left on the lease.

Since the 1970s, 18 projects were built under the HUDC or Housing and Urban Development Company scheme. All have since been privatised and nine have been sold, including Shunfu Ville and Raintree Gardens last year.

HUDC sites are said to appeal to developers owing to their location in mature estates and the potential to be further intensified, given their layout and the size of units. However, the huge size of their land plots may put off some bidders, owing to rules requiring developers to build and sell all units within a designated time frame or face huge fines.