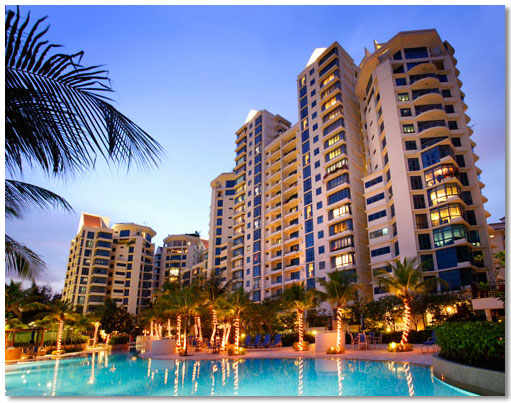 Resale apartment prices slipped again last month after picking up in October, in yet another monthly fluctuation in price movements in a topsy-turvy year.

This reversed a gain of 0.4 per cent in October from September, the revised numbers showed.

The index, which tracks a basket of completed homes, has ebbed and flowed in the past year, prompting experts to warn that it is impossible to deduce any trend from such monthly data.

In fact, October’s 0.4 per cent uptick came on the heels of a mounting number of mortgagee sales and more non-performing loans at the local banks – a signal that the broad data might not be a reflection of the actual sluggish ground conditions.

The figures follow the Urban Redevelopment Authority’s review to see if it needs to revamp its quarterly property price index, over concerns that it does not give an accurate market snapshot.

Mr Ong Teck Hui, national director of research and consultancy at JLL, noted that it might be difficult to deduce trends even from quarterly data, and that it would be even harder to draw meaningful conclusions from monthly figures alone.

Mr Alan Cheong, research head at Savills Singapore, said: “In a market where transactions are so low, it’s equivalent to the tide falling and exposing the rocks on the river bed, and you can’t row your boat across the river – the market just doesn’t function as usual. You have to be more topical in explaining the sub-markets, and it would be too simplistic to use broad strokes to explain things.”

November’s index, for instance, was dragged down by shoebox units – measuring 506 sq ft or less – as prices fell 1.9 per cent. But Mr Cheong reckons it was not simply a case of shrinking demand for such homes.

Rather, more distressed owners saddled with multiple properties could have chosen to sell their shoebox units at a discount over larger and pricier units.

“Even if you apply a 50 per cent haircut to a shoebox unit’s price, it will not be as much as a 20 per cent discount on a luxury unit’s price because of the smaller quantum,” he said.

Prices of city-centre homes fell 0.5 per cent while prices of those in the suburbs were unchanged last month.

The lower number of transactions means it is harder to predict price movements, said experts.

The real estate market is also “not homogeneous”, noted Mr Cheong, so more data points are needed for clearer conclusions.

The Urban Redevelopment Authority will be releasing its flash estimates for the fourth quarter private property index on Friday.